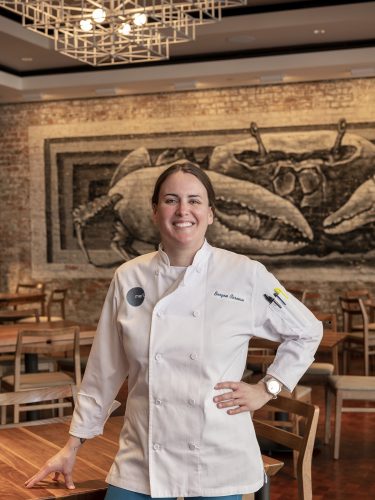 Bergen Carman now serves as the chef of Emeril Lagasse’s youngest New Orleans restaurant –Meril. Working as the pastry chef since it’s opening, Bergen has watched the business grow into both a locals’ and tourists’ spot alike. Growing up in Slidell, or on the Northshore, Bergen was never far away from New Orleans and the unique aura that draws people to the city.

Bergen’s love of cooking began at a young age. Whether in the kitchen alone trying to bake the perfect pie or watching her grandmother effortlessly whip up a dessert platter, Bergen always felt at home in the kitchen. But cooking, and baking specifically, remained an amateur hobby and personal passion for many years, as she pursued her Bachelor’s degree in English at Louisiana State University.

After graduating, Bergen moved to New Orleans to pursue her Masters degree and unwittingly her career in food. With just her raw talent and eagerness to learn, Bergen landed a job as a pastry cook at Emeril’s Delmonico. She spent years working her way up, mastering the line and then moving on to production. In this she flourished, creating specials and menu items that took New Orleans’ standards, like bread pudding, and gave them new life.

So, when asked to be a part of Meril, Bergen embraced the opportunity. Creating and executing both sweet and savory dishes throughout the years, Bergen holds her fingers firmly on the pulse that is Meril. The intriguing nature of Meril, as a restaurant concept, is that it’s not a concept—it’s a feeling.

Food is fun. Food is love. Food is memory. Food is comfort.

At Meril, Bergen aims to recreate the childlike joy that food can evoke—with a little something extra just to keep it interesting. 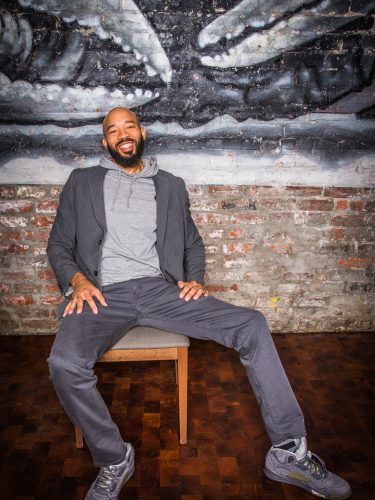 Marcus Benoit has been a part of the Emeril’s family for 13 years and his strong work ethic, outstanding character and natural leadership qualities are to be admired. He joined the Emeril’s team as a Back Waiter at Emeril’s New Orleans in 2008, quickly being promoted to Front Waiter then Captain before transferring to Emeril’s Delmonico and joining the management team in 2013. Marcus served as the restaurant’s Dining Room Manager for a year before returning to Emeril’s New Orleans in 2014. In 2018 he joined the team at Meril and as of Friday February 8th has been named the restaurant’s General Manager. 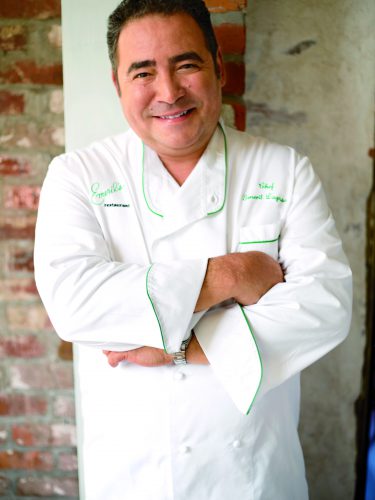